On July 19, I had the wonderful opportunity of being invited to be on set with our dear friend, Martha Williamson (best-known as the Executive Producer of the TV series “Touched by An Angel,”) and Dr. Jack Hayford, founding pastor of The Church on the Way in Van Nuys CA, and the Founder and Chancellor of King’s University.  Dr. Hayford’s TV program “Spirit-Formed” is currently being aired on the Daystar cable channel.  Though there are plans for me to accompany Pastor Jack and Martha on several worship songs for future programs, on this occasion, upon hearing one of my original worship songs called “House of Prayer,” they chose to include it right then and there in the program on the subject of intercessory prayer.  It will apparently be aired on Pastor Jack’s program on Daystar in early September.  What a blessing to be able to participate in this wonderful television ministry!

May began with my third visit to the Bethel Church of God 7th Day in Boston MA.  In addition to leading their worship service, they also scheduled me to give three outreach concerts at area nursing homes where three of their church members were now living.  It was wonderful to once again meet Pastor Donald’s mother, Hannah, at Coolidge House Nursing Home, and also to greet, for the third time, as Tammy calls her, my 102 year-old “girlfriend” Jeannette!  Then, I made a return visit to Sonlight Christian Fellowship in Loudon NH and was welcomed warmly, as always.  Thanks to sisters Lilieth and Ruby in Boston, and Pastor Thom and Marlene in NH.

Then, after a quick trip home to re-pack and pick up Tammy, we were able to travel together to Montego Bay, Jamaica, where I had been invited to give a Concert of Praise on Mother’s Day (May 13th) at St. James Parish (Anglican) Church, the 2nd oldest in the country!  (Tammy and I were also able to celebrate our 34th wedding anniversary while in Jamaica (mon!)  I was asked to accompany the Church Choir, who, along with the amazing Steel Drum Orchestra, were scheduled to open the planned concert with several items each.  This meant attending a Friday evening rehearsal, during which I chatted with the long-time pastor of the church, Justin Nembhard, who, on the spur of the moment, said “Dr. Ross, why don’t you bring the sermon for our Sunday morning service?”

Two-thirds of the three hundred folks at the morning service returned for the afternoon concert, including a certain 7-year old boy named Tsietse.  Apparently, he was too shy to come up to the front when I invited the children to join me for a special song and so one of the church leaders brought him.  Recently I learned that this precious little boy begged his grandmother to bring him back for the concert instead of taking him home to his mother in Kingston, and this time needed no escort to join in for the children’s part!  Apparently Tsietse told them this had been one of the happiest days of his short life.  We were shocked and deeply saddened to learn recently of this dear boy’s sudden death, caused by Sickle Cell Anemia.  Tammy and I have traded messages back and forth with Tsietse’s mother and grand-mother and are, of course, honored and sobered to have played just a small part in this young lad’s last and happiest church experiences.  He is now safely in the arms of Jesus!  We are so grateful to our dear friends and hosts, Lisa and Russ Hilliard and to Lisa Crichton-Watt for all of the preparation work.

May ended with a visit to the Galena Park Church of God 7th Day, Christ Communion Church in Beaumont TX, and Community Christian Fellowship in Houston TX.  I am especially grateful to Pastors David Vasquez, Gene Koch, Mark Mounts and to wonderful hosts and dear friends Ron & Lynn Lohr and Debbie and Barry Wawak.

June began with a trip to the East Coast to serve for the fifth time in the Harrisburg PA congregation of the Church of God 7th Day, and then the following day in Maryland at a combined worship service of New Life Fellowship of Baltimore and Living Hope Christian Fellowship of Vienna VA.  I am very grateful to Pastors Bruce Chesney and Bob Wertz in Pennsylvania for their hospitality, as well as dear friends Sylvie and Torney Van Acker, and to Pastors Tim Brassell and Brian Carlisle for inviting me to serve at the combined service.

A second trip to Massachusetts enabled me to serve once again at Chestnut Hill Chapel near Manchester NH, and to join Martha Williamson and her Williams College Class of ’77 friends for their annual reunion program.  Then it was off to Wichita KS to serve the COG7 congregation there along with Grace Fellowship, a congregation of Grace Communion International.  I am especially grateful to dear friend Dave Whitney in NH, and to Pastor Peter Youngs for the first ever visit to his church, and to my hosts Pastor Don and Alix Engle, who’ve friendship I have treasured for more than 40 years (yes, we met when we in kindergarten!)  June rounded out with a weekend visit to Kansas City MO where I was privileged to visit for the 5th time, the CGO7 congregation, hosted by Pastor Bob Fogarty, as well as my 10th visit in 15 years of full-time ministry to Living Grace Fellowship, hosted by long-time friends, Pastor Ray and Carol Meyer.  Next year, Ray retires and passes the baton to Jason Frantz, who was also able to join us.  As with many long-time friends and pastors, particularly those associated with GCI, we have SO appreciated the support and encouragement shown to “State of the Heart Ministries” these past 15 years we and look forward to many more years of association and friendship.

It has been years since I have spent any time at a summer camp.  Thanks to Camp Directors Todd Fox and Troy Meisner, I was invited to spend four days the Northern Lights Camp at Eagle Bluff near Lanesboro MN.  It was a delight to be around the young people and staff and to join in with them on a number of activities.  It was a privilege to give a Concert of Praise on the final night of the camp, getting both campers and staff actively involved.  We had some fun with “Music Appreciation 101,” a little spoof on the college class I taught at Ambassador University for many years and which, thankfully, Troy still has fond memories of!  My visit to Minnesota concluded with a warm welcomes at the St. Paul COG7 congregation and Grace Communion in Rochester.  I so appreciate the outstanding hospitality of dear friends Pastor Doug and Betty Johannsen in Minneapolis.

There are no upcoming events at this time. 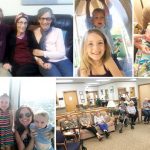 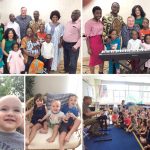 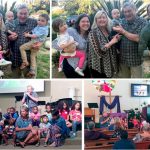